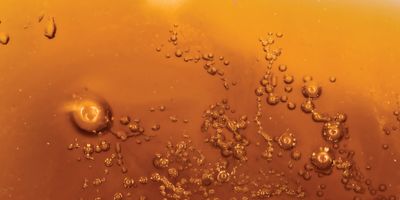 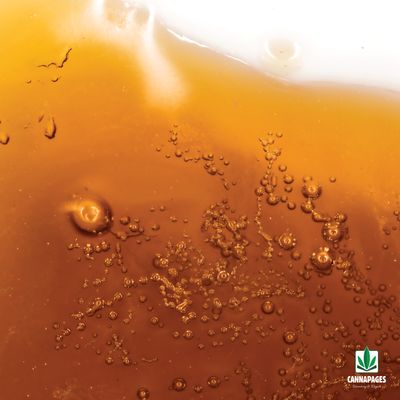 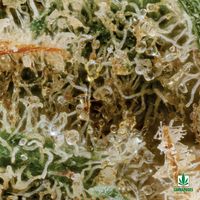 By now the story of Golden Goat hardly needs to be retold -- but the overwhelming conclusion is that surprising (albeit, explosively fruity) accidents can happen in unexpected locations (Wheat Belt, America). That fortuitous accident, the lovechild of Island Sweet Skunk and Hawaiian Romulan, is just about sativa-leaning as flowers come. Another surprise? That despite the Goat’s signature cerebral nuttiness, puffing can actually make you more efficient than normal.

Three Rivers Dispensary sent over a meaty bunch of rugged buds that were appropriately golden-blonde, shimmering in the light from crystals, with a coiffure of tangerine pistils. The super-dank stench sliced through the air with a spicy, pine essence made only nuclear with the grind. Her palate was sharp and full of other harmonious aromas--berries, tropical or even passion fruit--all followed by a woody, organic finish.

The pleasant spark hit smooth, whipping us head-first into the clouds. The few moments that followed were a blur. A few of us didn’t even bother to finish the joint. The combination of sudden and exhilarating euphoria, matched with a sudden loosening of tense nerves, made for quite the spectacle as we oozed around, quite aware of the sensation, but as if watching ourselves from outside of a dream.

The cloudy head subsided somewhat, but not without some of the adventurous drive that propelled us into the world. One critic, partaking shortly before a bus trip to Cripple Creek, said he was riveted by a thought-provoking focus, but not to the point of paranoia. “It gave me plenty of energy but didn't really give me the negative side of sativas,” he wrote. Although somewhat psychedelic and foggy, we were surprisingly jovial and readily social throughout.

Self-actualization-style epiphanies were commonplace as was the almost-mechanical rhythm pushing us to do or create (although it was a little difficult to just “pick up the pen without inspiration”). “I would totally buy this for my personal stash,” noted a critic near the end. Another wrote, “Not one disappointing moment. I was a zooming philosopher for over three hours.” Make sure to grab this one for your repertoire--and treat yourself to some unexpected surprises. 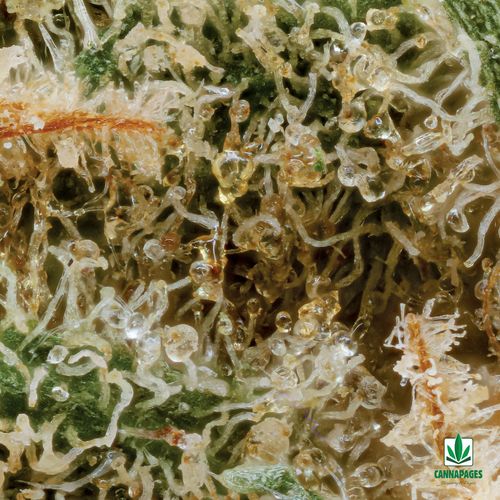 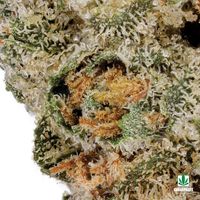 Sometimes you just need a fail-safe smoke: flower so completely powerful that you can just write-off the afternoon and excuse yourself from doing anything productive. That sure-fire brain-melting mellow doesn’t just “happen” though--and even the best-known genotypes can fail in a pinch. Thankfully Epic Remedy has been harvesting the sativa-leaning Strawbanana Cream, a sure-fire Strawberry Banana and White OG cross that hits like drinking a milkshake of madness.

The nuggets were pleasantly dense, perfectly trimmed with tiny stems--no waste when ground, i.e., major bang-for-buck. They were deep green with bronze stubble and “striking red-lightning streaks,” and a tart, peppery smell that seemed to blast straight through the container. Creamy, sugary and woody, a sharp lemon-pine pungence filled the room as we rolled a blunt, and remained sticky on the fingers.

Although not immediately impairing, the first puff brought a “nice, almost instant take off,” hitting some of us like a train. “It dumbed us down. Basically drooling on our shirts,” wrote a pair of spaced-out critics. As the minutes passed, the incredible weight of the high fell upon us. “Kinda seeing in freeze frames,” wrote another, gripped by psychedelia, “like everything has a lag.”

The results were mixed--but overall, pulverizing. “I am dumb stoned,” one wrote, “like chocolate melting in the car.” Minor tasks were incredibly difficult and creative activities, although fun and eye-opening, turned out sloppy. A few of us fell quiet, lulled by the intense pain relief, which brought on a reclusive feebleness as prelude to a long nap. Through it all, the free-roaming, wandering mind brought us to a comfortable place of disconnection from the world around us.

At the end of the experience--2-3 hours later at least--the critics were unanimous with their accolades. One critic with MS found the mellow tone helped him sit without pain and take stronger, straighter steps. “Easy to break up, easy to roll, easy to smoke, tasty, calming, quick high, nice mellow come down,” reported another. “Definitely not much you could improve...NAILED IT, EPIC.” 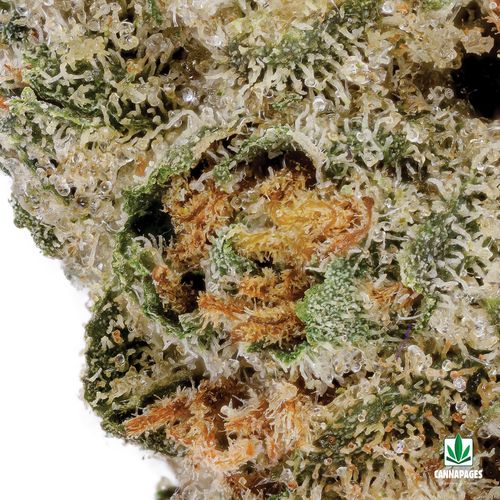 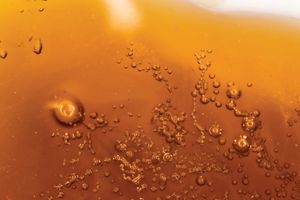 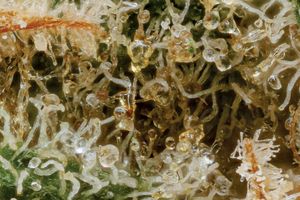 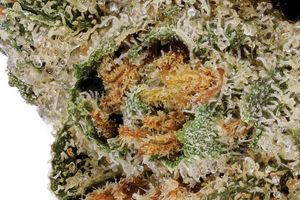 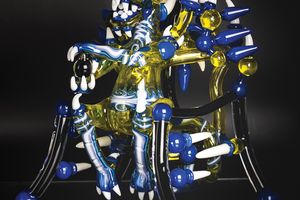 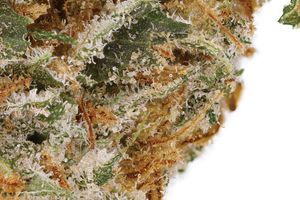 Strain and product reviews from our print publication - CannaPages